One was so intermingled with our move from Ohio to Tennessee, it didn’t really have the emotional sucker punch that society usually insinuates. 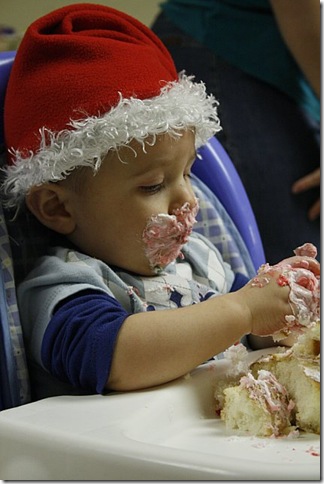 Two didn’t really phase me, either. 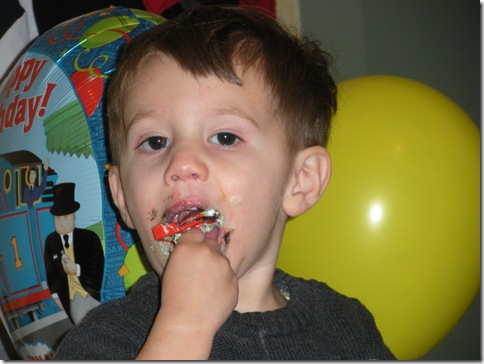 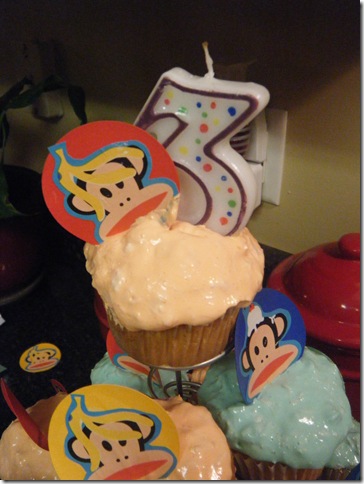 Yeah, three was a doozy that no one warned me about.

Insensitive parents that we are, in 2007, Jim and I welcomed Seth into the world dangerously close to the present-infested, celebration-overloaded Christmas holiday, so we knew that this year – the first year that he really understood the wonderment of his own birthday celebration – we wanted to make sure to pick a day for him that a) would be separate from the grandparent plethora of holiday gifts, and b) early enough in the season that his best buddies (and their families) would be able to attend (rather than already have every available date filled with holiday gatherings.

We had Seth’s third birthday party a whole month before he actually turned three, and it was a great success.

The best part of the celebration was that Doug and Sara and their brood traveled from Ohio to spend the weekend with us.  And Sara brought her to-die-for caramel corn for the party favors (thank you, SJ!). 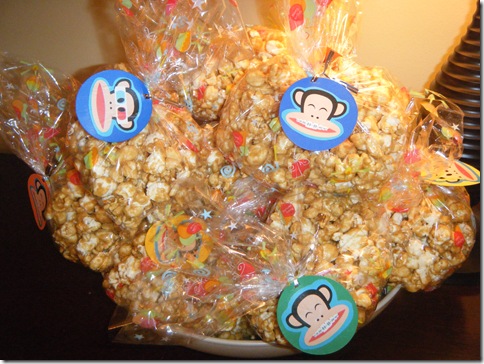 I learned several things, in this, my first child’s-birthday-party-throwing endeavor. 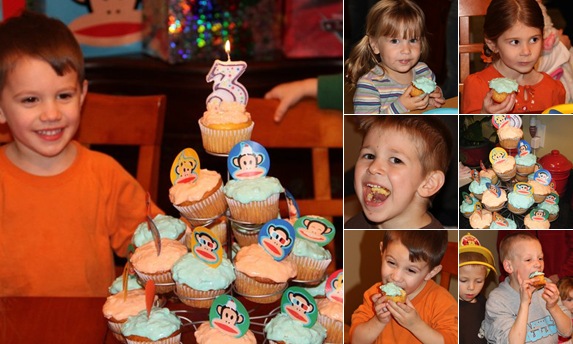 I have to give major props to Seth for being so great with all his new presents.  I mean, really.  A three year old hasn’t pull from a pretty deep reserve of selflessness to not go completely “THAT’S MINE!!!!!” at his own birthday party, and Seth did great.  He thanked how friends (or, their mommies, as the case may be), and even allowed his besties/frenemies Hayden, Gage, and Tabitha to look at (and in some cases, even touch!) his new toys. 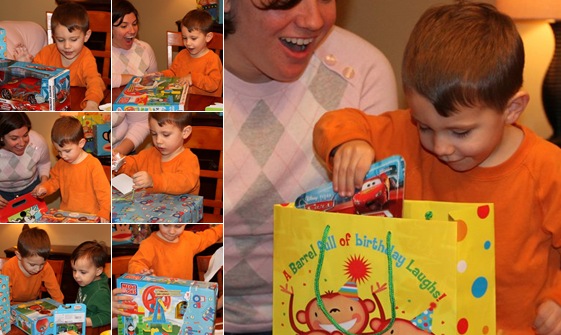 People say that babies born close to the holidays get the raw end of the deal when it comes to celebration.  Um, no.  Not in this house.  In addition to his November party, Seth will also get a celebration with us on his actual birthday, and most likely, again in Florida before Christmas.

Thankfully, amid all the material trappings, Seth seems to be maintaining his sweet spirit, and I can only hope any birthday parties to come were as fun and rewarding as this one!

(That said….I’m thinking his next party will be when he’s…….I dunno, eight, maybe?  These things are a lot of work!)

Happy early birthday, buddy.  Work or not, you’re worth it, and I love you!