It’s blurry, but we move at the speed of light around here.  It’s the best group shot we’re gonna get! 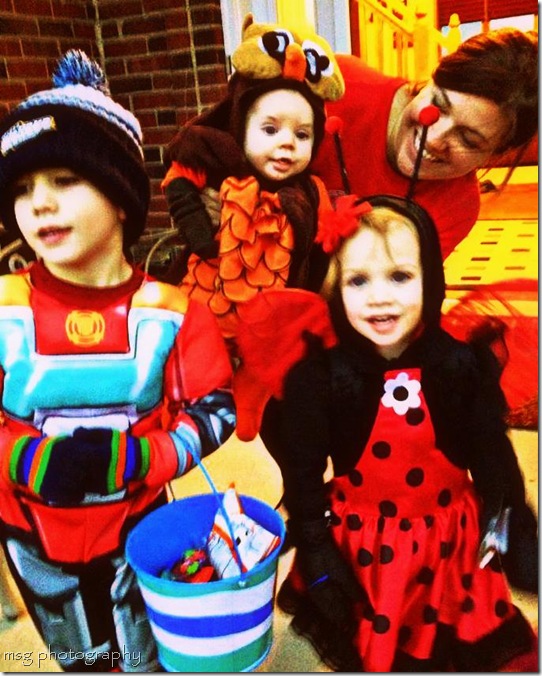 It was SO cold and dreary, but the kids had so much fun.  They were so excited to dress up, get candy, and hang out with some of their favorite people.

In case you can’t translate….Seth was a Rescue Bot (Heat Wave), Erin was a ladybug, and James was an owl.  I worked with what a had and pulled together a genuine “Disheveled  Nursing Mom” costume.  It was awesome. ;)

Due to Sandy damage and weather and such, my inlaw’s town postponed their trick or treating until Saturday, so we may get a do over (and a chance to up the Resse Cup count. Duh!).

Not that we need any more sugar around here! 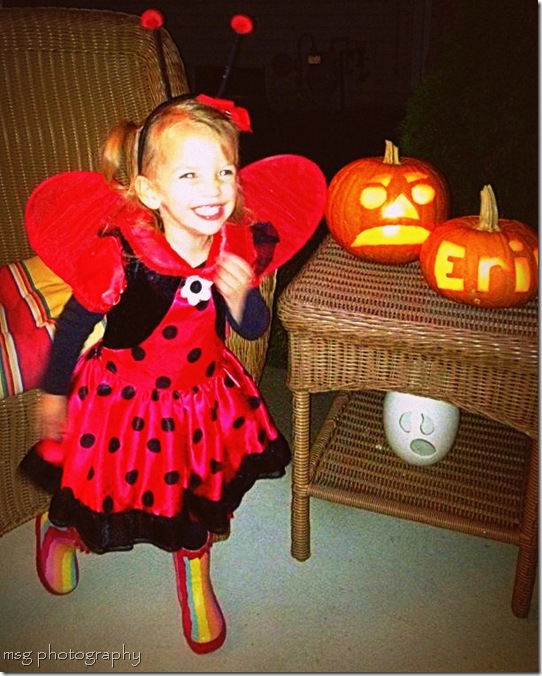