Fireworks, as reviewed by Erin

Her opinion will be obvious, but I’ll translate, just in case. 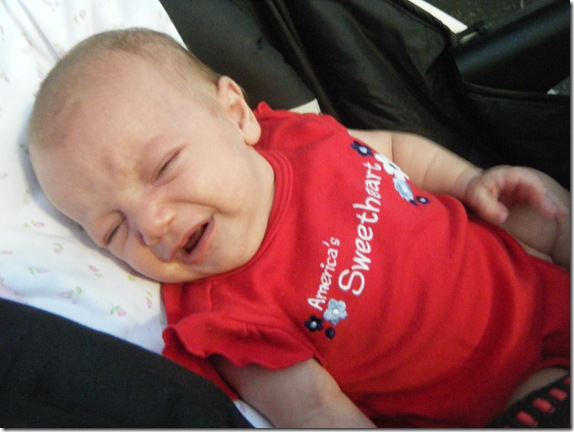 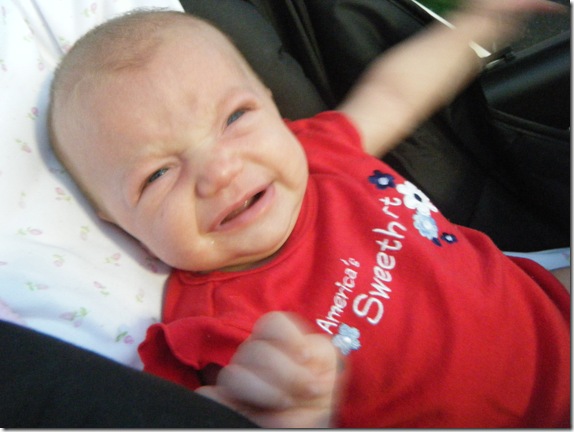 Miss E?  Not so much a fan of the things-that-go-BOOM!  Probably due to the fact that we were so close to the fireworks that are fantastic view also came with all the debris falling from the sky after each round of pyrotechnics. 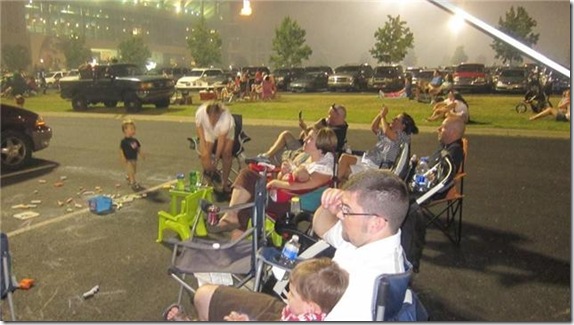 So, she didn’t like them; I didn’t see them (as I was too busy calming her and cradling her head against my chest to muffle the noise); Seth almost slept through them; and…I don’t know what Jim thought of them.  He may have been in a borderline beer-and-brat coma by 10 pm. ;) 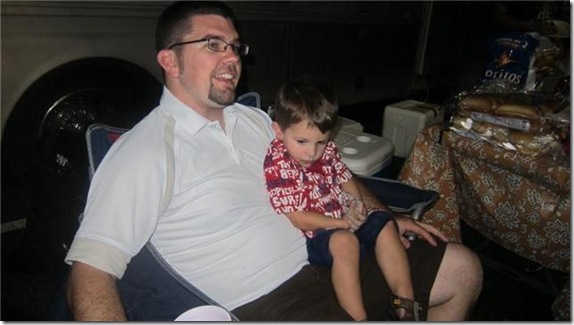 But the rest of the day?  I deem it a success.

Jason had scored prime parking for all our cars and his RV in the main parking lot at LP Field, and we made short work of getting set up and firing up the grill. 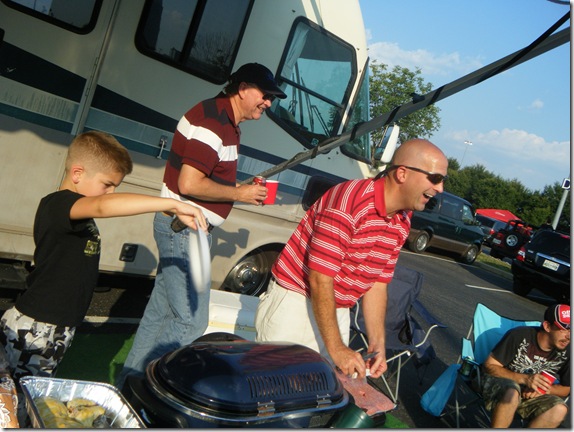 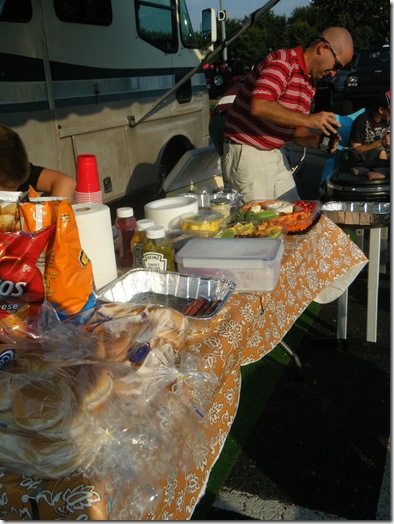 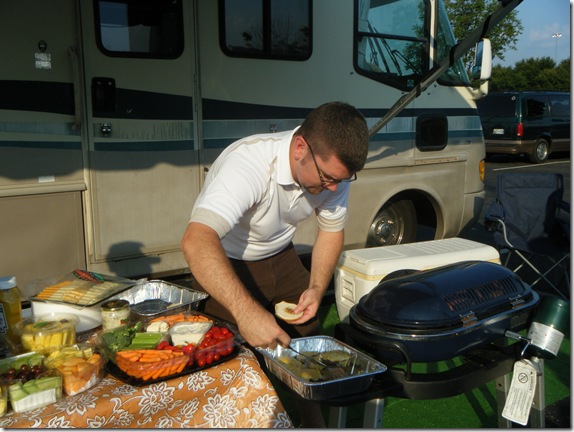 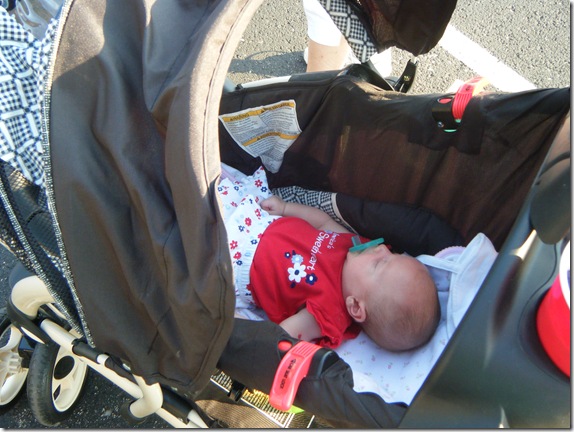 Seth couldn’t be bothered to eat anything, so enamored of the RV was he.  He kept calling it Mack, ala Cars, of course, and spent the majority of the afternoon exploring the dashboard, which was fine by us, until we realized he and Jackson figured out how to roll down the (crank-style) window, which, had they leaned out, would result in a long-way-down-to-the-asphalt fall. 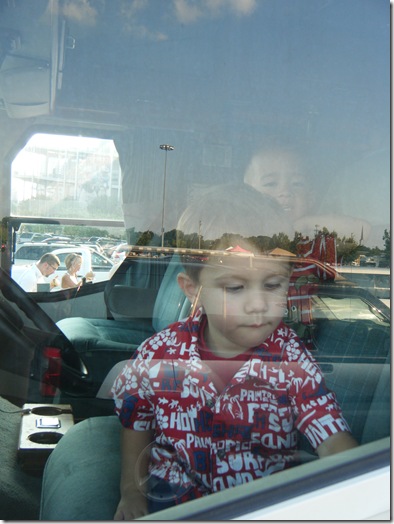 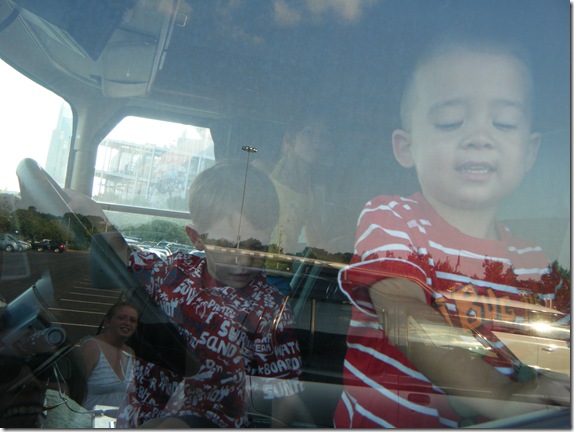 Once we DID get Seth out of “Mack,” he took up residence in his new friends’ Woody and Buzz picnic set.  (Yes, Disney Pixar was well represented at our America-day festivities. ;) 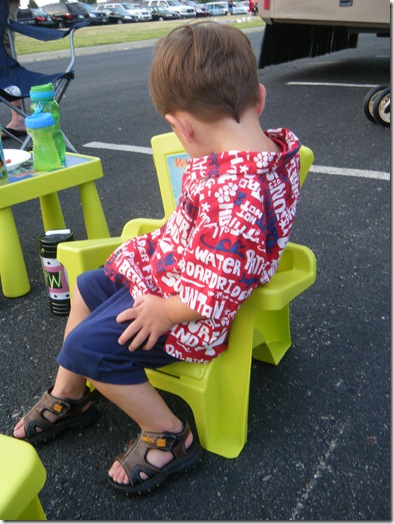 After we pried his hiney from the neighbors’ chairs, he convinced Scott to chalk draw with him, and Scott was just buzzed enough to comply and turn into Uncle Picasso. ;) 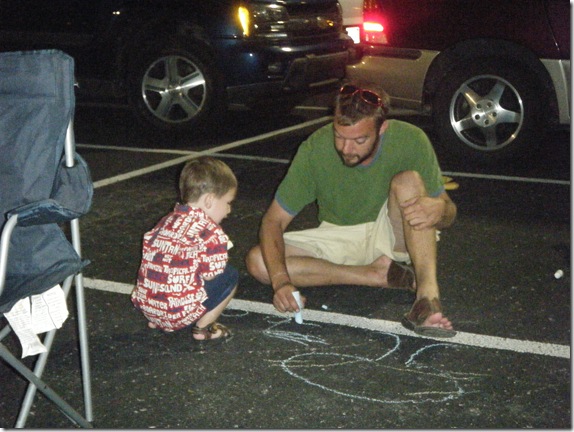 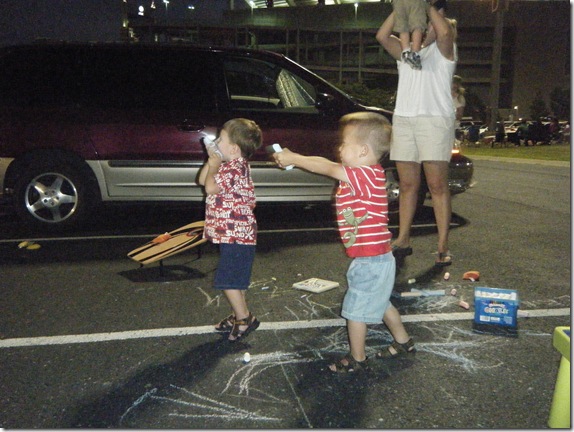 But soon the boys were back to defacing the parking lot in pastel colors. 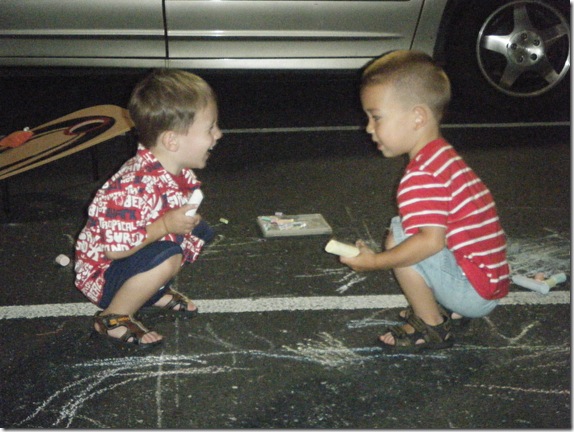 I don’t have any pictures of the actual fireworks, what with trying to preserve Erin’s hearing and all that, but everyone around me said it’s the best show Nashville has put on in years.  I figure by the time the kiddos are 4 and 6 I may actually get to enjoy the show with Jim.

Until then, I’ll be quite content to spend the Fourth being Mommy – which isn’t such a bad gig.  It was a great holiday with good friends, great food, and the requisite sitting-in-traffic-for-an-hour-trying-to-get-out-of-the-parking lot.

Looks like Seth had a great time! I'm sure he'll show Erin the ropes when she gets a little older, and then everyone will get to enjoy them. :)

The fourth of July is one holiday that I would gladly turn in my mommy hat. It's easily one of my favorite holidays...nearly ties with Christmas. Carting people to-and-from the porto potties 8 million times is not my idea of fun! BAH! I'm glad you had a wonderful holiday, though! Looks like it was a great setup for it!