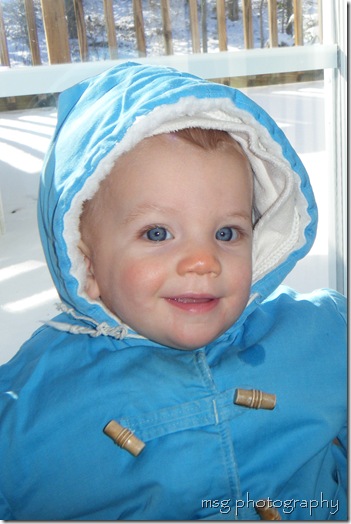 She’s all decked out in her Nonna’s snow suit (and I mean that literally – not in the sense of “Nonna bought it,” but in “Nonna wore it.”

My grandmother gave this to me a year or so ago, and we missed the window where Seth could fit into it, so I was sure to give Erin a turn. 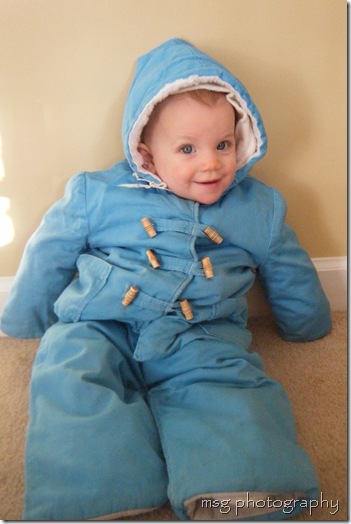 And because it’s so big, I have her in another bunting under this suit.  Which, in turns, make her SO bulky, she can’t even sit up.  (I have her propped up against the dining room wall in this shot.)  I’m telling you, the kid from A Christmas Story doesn’t have anything on Erin.

I was going to actually take her out in the snow for some pictures, but she is so mobile now, she instantly flips to all fours to start crawling….and in this get-up, she can’t move her arms, so she’d most likely just be laying face down in the snow, so…..

Indoor shots are all we’re gonna get, I’m afraid.  Not that it matters. She makes a darling snow bunny indoors, too!