Do y’all hear the weeping coming out of your computer speakers, all over the country?  It’s me, bemoaning the fact that the littlest mister is already an entire month old.  Time is moving so much faster than I would wish…. 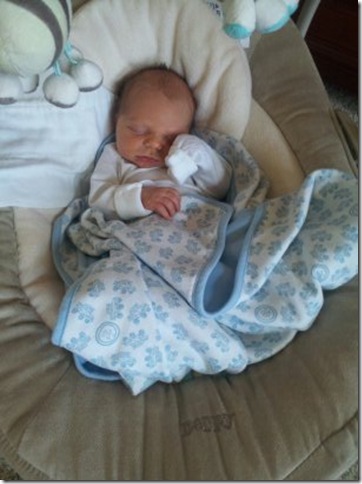 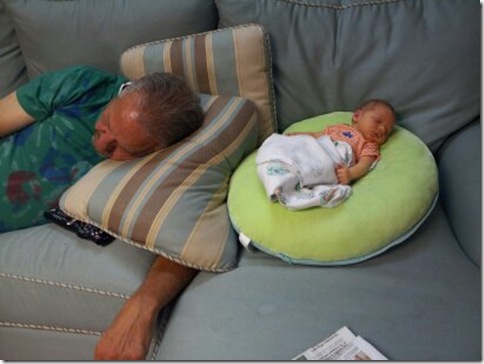 It’s been an interesting month, though moreso at the beginning, when we were averaging a doctor visit every few days.   At 6 days old, James had us back at the hospital for blood draws to check bilirubin levels.  His results were borderline, but low enough to keep us away from having to do phototherapy. 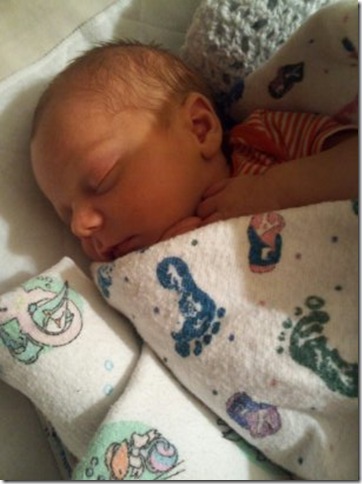 Then, between weeks one and two, we started to realize James’ was having difficulty keeping his feeds down, whether he nursed or took pumped breast milk from a bottle.  A visit to his pediatrician showed that he was in fact gaining weight, albeit slowly.  We were asked to have an ultrasound done to rule out pyloric stenosis, which, yea for us!, came back negative.  Which left us with a handful of other possible diagnosis for the projectile vomiting after every. single. feed.  (a) James has reflux, and we are addressing that with baby Zantac, and we’ll see how his weight gain is at his one month check up next week; (b) that his gastrointestinal track is merely immature, and the issue will self resolve in the next several weeks; or (c)  that something in my diet isn’t agreeing with him.  We will see what Dr. P has to say next week. 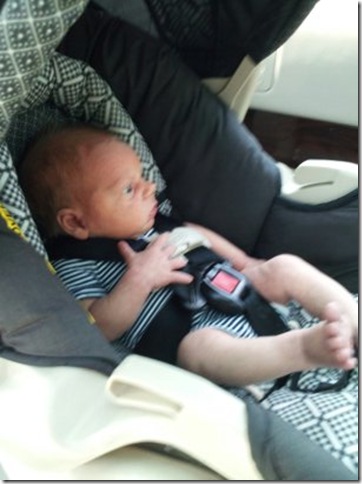 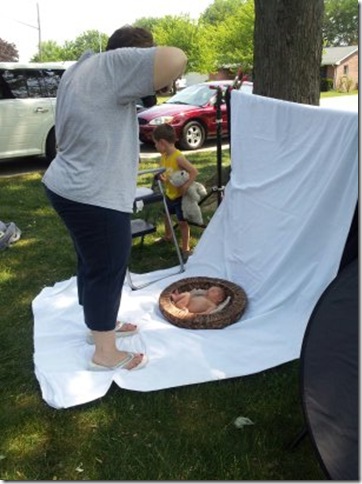 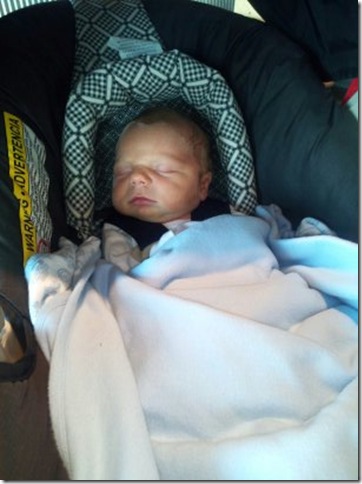 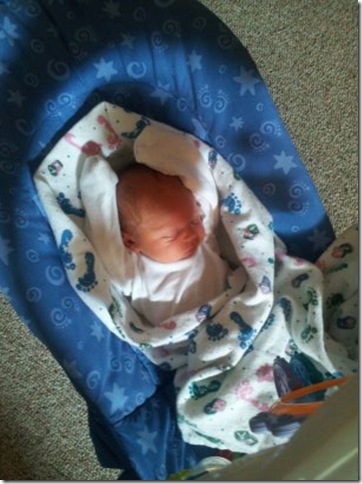 We haven’t wasted any time in introducing James to our crazy-busy lifestyle.  He’s been to Chipotle, the pool, church, the park, karate lessons, photo shoots grocery shopping…  He doesn’t seem to love his car seat like Seth did, but he sure doesn’t hate it like Erin did.  I’ll take it. 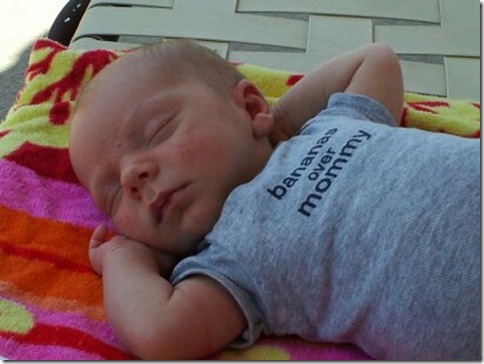 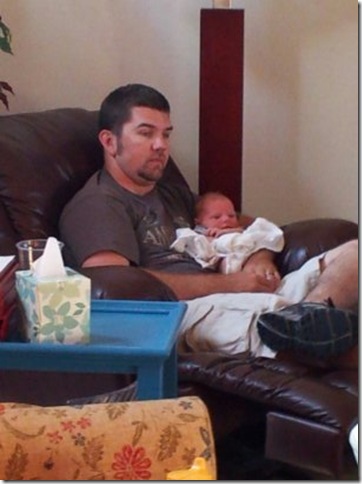 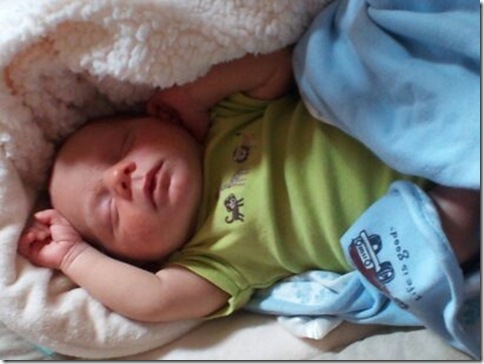 We’re teaching him early the importance of happy hour. ;) 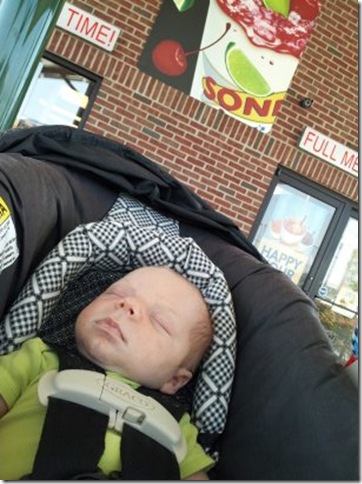 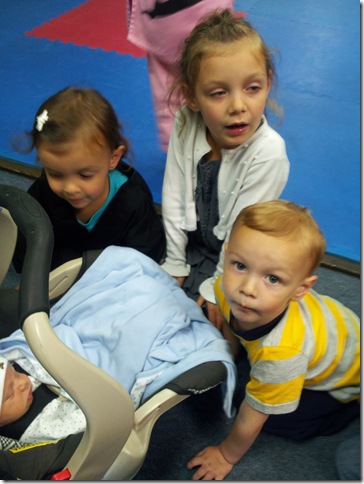 Hey, look!  A picture that actually caught him wide-eyed.  (They are rare!)  He still sleeps a lot.  We’ve even had a few nights where he slept from 10:30 PM until 5:00ish AM.  Good for rest, but BAD for my poor milk-producing front region! 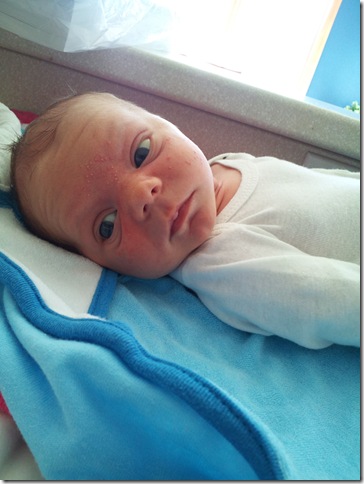 Speaking of my front regions….I’m nursing.  I don’t know that I mentioned that in my 40w update post, but it is worth mentioning again, if I did.  I really had convinced myself that I just wasn’t cut out to nurse, and that I was just going to find myself exclusively pumping again.  But this little guy knows his way around, and despite some latching issues in the beginning, we’re getting it like old pros.  Yea, us!

Seth and Erin have adjusted fairly well.  Erin actually better than anticipated, and Seth not as well.  When James cries, Seth actually sticks his fingers in his ears and shouts “PACIFIER!!!” at the top of his lungs – as if yelling for me to stick something in James’ mouth is going to get me to move any faster.  Erin, on the other hand, is a little mother.  She adores James and is completely attentive to his needs.  Unreal.

We are still using newborn diapers and newborn clothing, though I know I’m going to blink, and those onesies aren’t going to snap anymore.

Until then, I’m cherishing each moment I can steal to just snuggle him under my chin and breathe in his milky newborn scent.

Did a quick blog check to see if there was a new picture...you surprised me with MANY! Thanks! James is such a cutie, and I love hearing your baby news. Love to all!

He is just gorgeous Mon!!! And YEA for great nursing!! In the end - it's SO much easier than making and cleaning bottles!!!!! You've got the food ready, at the perfect temp, right there =)

Adorable! Enjoy. My munchkin is almost 8 months already. It goes too fast!