While I’ve been known to employ the “one pound, one pan” method of feeding my family, I have to say, there may be no turning back to good ol’ Hamburger Helper after making this dish. 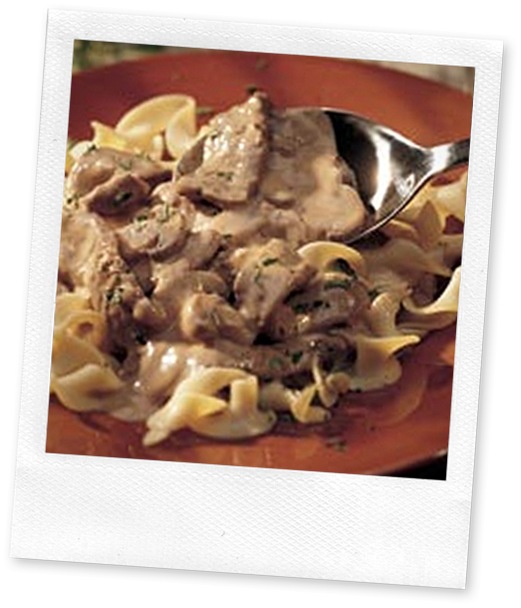 Overall consensus: this will be a definite go-to meal for any leftover steak in the future.  It was SO much easier to make than I anticipated, and since we all enjoyed it, I think we have a winner!

Ooh, thanks! I just bookmarked this page. I don't eat mushrooms, either, but I most definitely eat sour cream! lol

I'm gonna try that in John's lunch tonight. We have left over steak. Hope to see you next month. Love ya.

I wish I could get Todd to eat stroganoff. One of my fav's but maybe he's like what you feared- if it has red meat, it needs a red sauce. ha!
That recipe looks delicious though!