Erin had her 15-month check up earlier this week.  She was not happy about it! 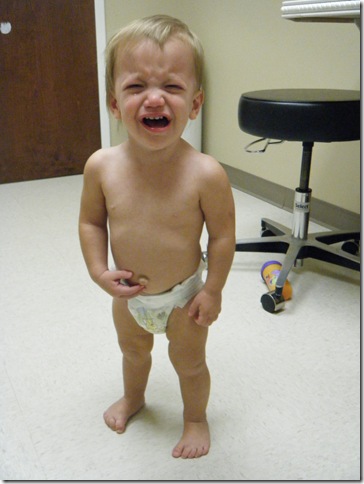 Actually, the photo isn’t quite accurate.  She was wailing only because the doctor left the room.

Yep.  That’s it.  Just because Lindsay walked out.

Have I mentioned that she is super-sensitive to people walking away from her?  She is.  Don’t do it. ;) 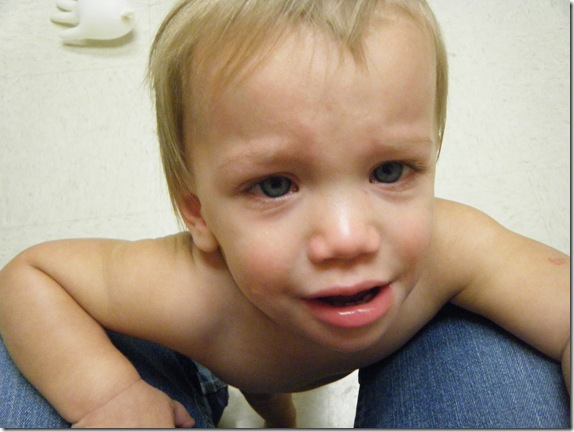 She actually had a really good appointment.  She is officially a walker (has been for a few weeks now, but hadn’t been at her last appointment); doesn’t really say anything yet (though the doctor said that’s to be expected in non-firstborns); she is a tad bowlegged, but mostly just in her left leg, but she is expected to outgrow that; and her stats are as follows:

She had to get her hemoglobin retested, and she is slowly but surely getting her iron up to the level they want to see.  We’re one-tenth of a point away!  She got two additional vaccinations, and after those, she was ready for her nap: 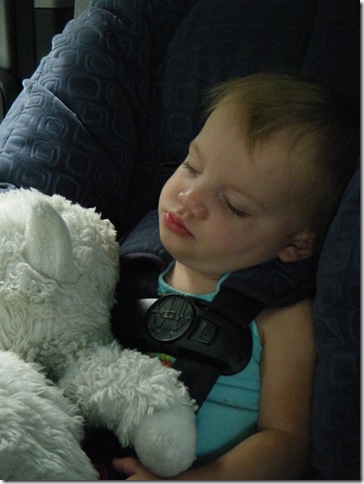 wow It seems like I was just commenting on what a beautiful newborn you had! She is growing so fast, and those eyes are just adorable. I am glad to hear that her hemoglobin is doing so much better.

Growing so fast! I'm sensitive to people walking away from me, too. So I feel ya, little sister! ;-)

She's a Peanut like Abbey! Abbey was JUST barely 20 pounds at their 15 months. Luke seemed huge at 24 pounds =)